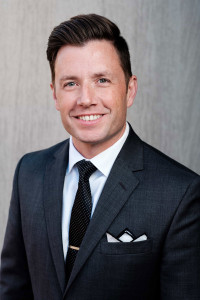 Attorney Jonathan M. Stewart is a founding member and managing partner of Stewart, Murray and Associates Law Group, LLC. He received his Juris Doctor from the Duquesne University School of Law in June of 2000 and was licensed to practice law in the Commonwealth of Pennsylvania thereafter.

Prior to the establishment of 24/7 Settlement Services, LLC., Mr. Stewart had a vision to build a consumer friendly Real Estate closing company that would orient its practices to better accommodate the increasing demands and times constraints on buyers. As a result, he teamed up with two other Attorneys to form the business with the slogan “Any closing, any time.” Due to the settlement company’s commitment to make the buyers real estate closing experience more “user friendly”, they have seen 24/7 Settlement Services grow consistently since its official inauguration in August of 2014.

Mr. Stewart has successfully represented more than 1000 clients for over a decade now. He specializes in civil litigation and is known for his negotiation skills. Prior to the establishment of SMA Law Group, Mr. Stewart had a vision to build a small firm that would be family oriented and prioritize client service. After many years in solo practice, Mr. Stewart teamed up with his business partner, Attorney Patrick Murray, to begin building the practice. Mr. Murray shared the same vision for a firm as Mr. Stewart and together they have seen SMA Law Group grow consistently since its official inauguration in June of 2009.

Along the way, Mr. Stewart has received many awards for his professional service. In 2008 he was selected as a Pennsylvania Super Lawyer by his peers. In 2014 he received the prestigious designation of being recognized as one of the Top Ten Personal Injury Attorneys in the Commonwealth of Pennsylvania by the National Academy of Personal Injury Attorneys. He is a member of council for the Civil Litigation Section of the Allegheny County Bar Association and is also a President Club Member of the Western Pennsylvania Trial Lawyers Association.

Mr. Stewart is also very active in volunteer work. In that past he has chaired or served on the boards of many local and international non-profit organizations. Included in the list of organizations he has served and in some cases, continues to serve, are Jaime’s Dream Team, Hand in Hand, (an urban non-profit that continues in the legacy of Dr. Martin Luther King, Jr., for the promotion of racial harmony); WDGA (Workforce Development Global Alliance that promotes education to employability in third world countries for economically and socially disadvantaged youth); Blossoming Israel Corporation (a NGO established to oversee an important archeological dig-site in the Southern Negev of Israel).

In addition to his services with local and international Non-Profits, Mr. Stewart has also served as an elected official. In that capacity he received several political appointments to local and regional boards that deal with economic development and financial oversight in the Western PA region.

Along with representing clients in both State and Federal Civil forums, Mr. Stewart represents several internationally focused organizations as well, and has traveled extensively for them as he is often requested to give lectures and sit on panel discussions. Mr. Stewart has served as an adjunct professor at local Universities and recently furthered his own education by completing another graduate degree.

Contact us today or call 1-844-247-CLOSE for more information about our complete list of services and learn how 24-7 Settlement Services LLC can help you!